A Message from Our Director

The Rescue Mission tries to spotlight the struggles the homeless face and our efforts to help them. This month, we want to share the story of Utah’s hidden homeless, caused by skyrocketing housing costs and underemployment along the Wasatch Front.

According to rentcafe.com, the going rate for an 862 sq. ft. apartment in Utah is $1,166 per month. Many of our homeless friends who receive services at the Rescue Mission are employed, but don’t make enough to pay $1,166 rent on a wage of $8-9 an hour. They want to have a place of their own, but they are working two part-time jobs that don’t make ends meet. Their employers will not hire full-time employees because they want to avoid providing benefits, like livable wages and insurance.

In fact, about 25 percent of our homeless friends who seek shelter at the Rescue Mission are working. Many are staying at the Rescue Mission while they save money for first and last month’s rent or are trying to work their way up the pay ladder, so they can afford a place to stay. Others of the “working homeless” are sleeping in their cars and vans discreetly parked all over Salt Lake Valley or discreetly staying in abandoned buildings.

One friend of the Rescue Mission, Brandon, has an elaborate system. His income is low and he can’t afford an apartment, but he refuses subsidized housing. He can afford  two memberships to two different 24-hour gyms. When he isn’t working, he goes to one gym or the other in the evenings and slowly “works out” for hours.

It’s not about fitness, it’s about having a place to stay. He will take a shower, put on clean clothes, rest in a discrete place, and cause no problems. Other times he will dress up, take TRAX out to the airport, and pretend to have a flight that is departing early. This way, he quietly sleeps sitting in a chair while acting like he is waiting for a flight. Sometimes he will do laundry in an all-night laundromat, just so he has a plausible reason to be inside the laundromat while catching some sleep. Other members of the working poor have similarly elaborate schemes to “house” themselves while keeping their dignity.

There aren’t any easy solutions to the problems of underemployment and high housing costs in Utah, but the Rescue Mission is committed to helping the poor through shelter, food, clothing, hygiene, friendship, and placement in living-wage jobs and affordable housing. Please support our efforts by giving, volunteering and praying. We are here to help both the obviously homeless and the hidden homeless end the cycle of homelessness and get into stable employment and housing. 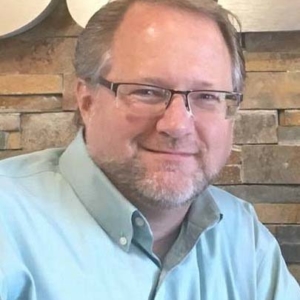